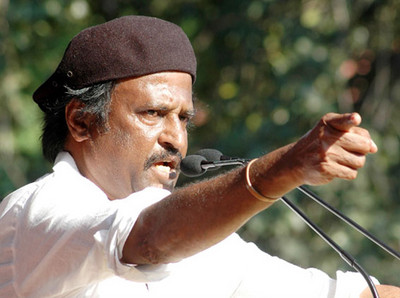 Superstar Rajinikanth rejected the allegation that he had insulted Kannadigas. He was under fire from pro-Kannada outfits and political party leaders for his remarks at Hogenakkal water project hunger strike which held in Chennai — Speaking near the Chepauk cricket stadium, Rajnikanth the superstar blasted Karnataka politicians over water project issue.

He clarified that he only decried those who have been creating trouble, asking such people to be “kicked” (Odaikanum) and was not referring to all.

Next post: Shriya Saran slapped a man at Tirupati temple