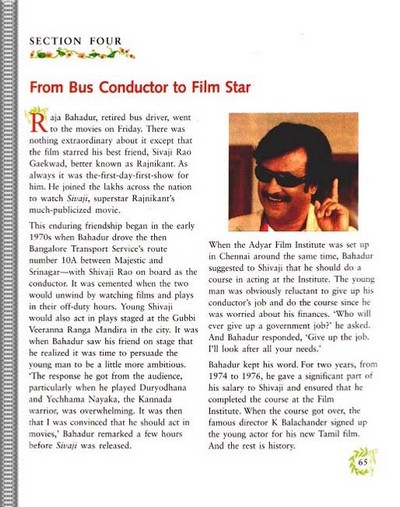 Rajnikanth?s success story as an actor has found a place in the text books of CBSE of class sixth. The hero who is worshipped by most of his fans as god of acting has become a guidance to the coming generations. And so is now going to be read by children all over India. The text lesson will narrate how Rajnikanth as a conductor made his path towards acting on the guidance of his friend Raja Bhadhur. Rajnikanth was known as Shivaji Rao when he was donning the duties of the conductor on the route 10A bus route which would flow from Majestic to Srinagar of BTC.