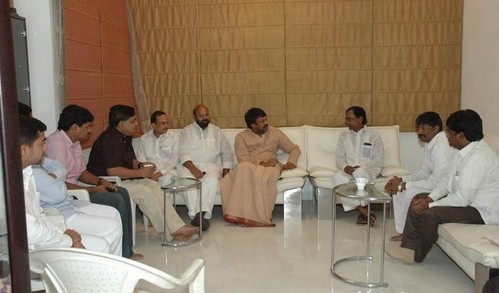 Telugu Mega star Chiranjeevi said on Thursday that he would need some more time before announcing his entry into politics, while his closest advisers confirmed that he would be floating a political party very soon.

Chiranjeevi said he was occupied with rituals following the death of his father Venkata Rao. He was speaking after performing the 11th day ceremonies. To a pointed question on whether or not he would be joining politics Chiranjeevi replied. ?I am still thinking, I need some more time.?

Next post: Jodi No-1 again in Vijay TV: Season 3