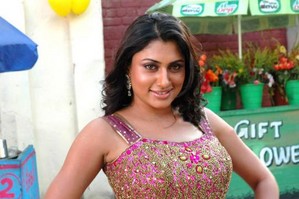 Malavika is doing an item number song with Vijay in his forthcoming movie Kuruvi, which is directed by Dharani.
This is going to be one of the highlights of the film. Malavika became the hottest item girl in Tamil cinema, after the Vazhameenum? song in Chitiram Pesuthadi movie.

Dharani picturised Vijay, Malavika item song at the Madras Race Club. After marriage, Malavika believes this song will make a way for second round in Tamil cinema.

Tisha Krishnan is pairing with Vijay in this film. This mega project is produced by Udhayanidhi son of Minister M.K.Staln.