Speculations were going around that Simbu and his brother Kuralarasan were at a star hotel in midnight and asked the driver to wait, but later when the driver called up their mother Usha Rajendran, she instructed him to come back. 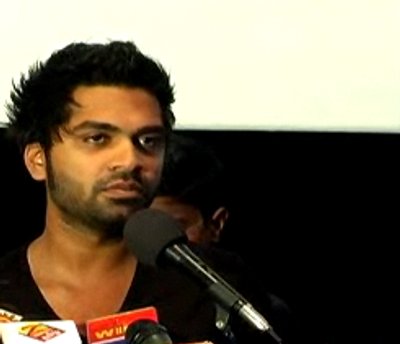 Silambarasan and his father Vijay T. Rajendherr has denied all the false reports strongly made by a section of the press.

Simbu in a special press meet arranged by his father said,

I was away from India and shooting for the film Silambattam Sri Lanka for two songs. I was in Sri Lanka between Sep 3 and 14, and the accident took place on Sep 11. Section of the press said I was a drunken. This is not the first but quite a number of times he has been needlessly targeted by a section of the Press.

My brother had gone for a party with friends and when he came back the car and driver were missing in the parking lot of the hotel. He called up his mom who made a police complaint. Stolen car crashed into bike( 1 Dead, 2 Hurt )

Meanwhile, Vijaya T Rajendher said, Silambarasan is a teetotaler and I can prove it in the court.