Daniel Craig – Am I Good Guy or Just a Bad Guy ?

Daniel Craig became the sixth actor to portray the fictional secret agent James Bond. He made his debut as the character in the 2006 film, Casino Royale. Craig’s performance in Casino Royale was highly acclaimed. 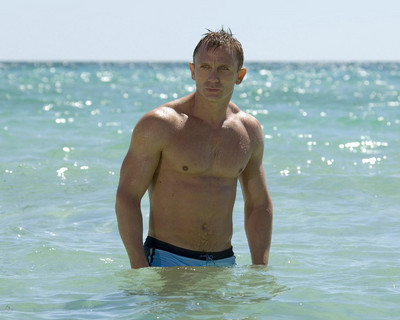 Being born in 1968, Craig is the first actor to portray James Bond to be born after the Bond series already started.

Craig describes his portrayal of Bond as an antihero:

The question I keep asking myself while playing the role is, Am I the good guy or just a bad guy who works for the good side Bond’s role, after all, is that of an assassin when you come down to it. I have never played a role in which someone’s dark side shouldn’t be explored. I don’t think it should be confusing by the end of the movie, but during the movie you should be questioning who he is.