Fifty-three-year-old Chiranjeevi‘s political entry anticipation grips the Andhra Pradesh political circles, as the he is all set to enter politics and announce the launch of a new party third week of August. 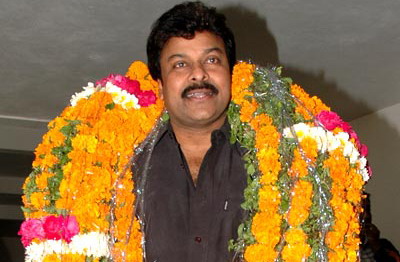 Chiranjeevi, a Padma Bhushan awardee rose from humble background to become the reigning star of Telugu cinema and acted in 148 films in his three decade long career.

Chiranjeevi’s debut in year 1977 with the movie Manavoori Pandavulu directed by Bapu was a hugely successful film, Since then there was no looking back.

We wish him to do the NTR magic in AP.