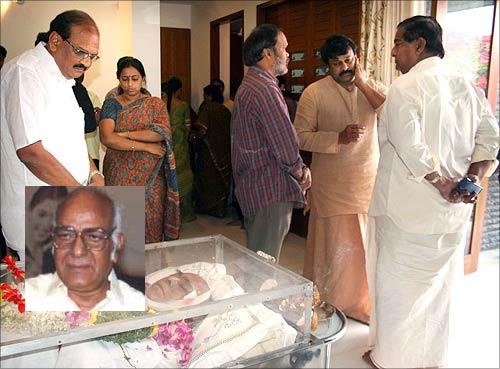 He is survived by wife Anjana Devi, three sons and two daughters. Rao retired as a government employee.

He saw all of his sons (Chiranjeevi, Pawan Kalyan, Nagababu) achieve his dreams by proving themselves very successful in the film field as actors. He also witnessed his grand son Ram Charan’s skills as an actor.

Chiranjeevi was also in the news recently when his daughter srija eloped with her boyfriend Sirish Bharadwaj.

We send our sincerest condolences to the families of Chiranjeevi,Pawan Kalyan and Nagababu at this very sad time.

Next post: Ajith signed with Sivaji Productions for Rs 6 crore ?

Previous post: Aishwarya Rai says “I would love to do more Tamil films”