Chiranjeevi will be performing a “satha chandi homam” at the famous Kamakshi Amman temple in Kanchipuram Tamil Nadu. 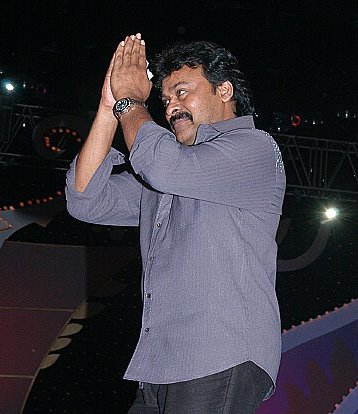 Havan would be performed on August 21 and 22 and Chiranjeevi himself would be present on one of these days at Kamakshi Amman temple in Kanchipuram. After the havan, Chiranjeevi will launch the party at a massive public meeting in the temple town of Tirupati(like NTR). The assembly elections for Andhra Pradesh are due in March next year.

Chiranjeevi believes that this havan will bring him bright future in politics. It is a ritual of sacrifice made to the fire god Agni. After lighting a Havan Kund (sacrificial fire), objects such as fruits, honey, or wooden goods are put into the sacred fire. If there are any spirits that are evil around you or even inside you they get burned off in the sacred fire.

Former Prime Ministers Indira Gandhi, Rajiv Gandhi, A B Vajpayee and Opposition leader L K Advani were the famous politicians who performed this havan in the past.