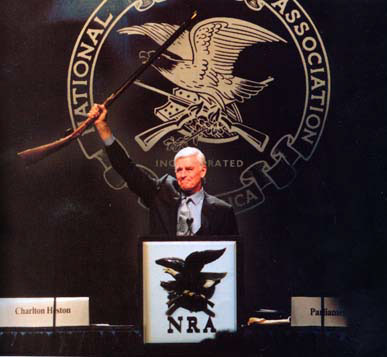 Legendary Hollywood actor Charlton Heston, best known for his portrayal of a larger than life figure in the 1959 Oscar-winning film Ben Hur and who campaigned for the American civil rights movement, is dead. He was 84.

Heston passed away at home in Beverly Hills on Saturday night. His wife Lydia was at his side.

In 1998, Heston was elected as president of the National Rifle Association and held the position for five years. President Bush awarded him with the nation?s highest civil honor, the Presidential Medal of Freedom in 2003.

Previous post: Hrithik Roshan to be waxed at Madame Tussauds!